Unless of course it comes from Mainstream Media and then throw it all out! We are living in a time of great deception and manipulation on every level – natural & supernatural.

Who controls how we perceive the “truth”?  The Mainstream Media (MSM).

Case in point – the Oklahoma City Bombing.  The facts bring more questions then they do answers.  So, why is that being ignored?

What about what happened at Waco, Texas with the Branch Davidians?  When I first watched this story on the news February 28, 1993 it told me the story the MSM (and government) wanted me to hear.  Once I saw this documentary I had more questions then answers.  I also saw it as a “test case” to see how far our rights could be violated in the name of “national security”

I use these older stories because of how much information is out there about them.  The Siege at Ruby Ridge ties directly to Waco as the same military sniper reported to be at Waco was at Ruby Ridge.  The same sniper reported to have shot an unarmed Vicky Weaver in the head was reported to be at Waco and shooting the men, women and children as they fled the burning building.  Again, all of this is “speculation” and no government report or agency has confirmed these allegations.  But, then again, why would they?

Some of you reading this will bring up the conspiracy theories about 9-11 and the Twin Towers.  Why aren’t I mentioning them?  If we did not care before and the media then ignored the past, why will we as a people care now with the MSM we have now?!

The United States is unusual among the industrial democracies in the rigidity of the system of ideological control — indoctrination, we might say — exercised through the mass media.

Another story from the 1980’s that ties to similar activities, including Administration misinformation and dancing around the truth, being enacted today is the activity in Mena, Arkansas.

So, why list all of these “old news” stories?  If we do not learn from history we are doomed to repeat it.

All of this has happened before, and it will all happen again.  – Peter Pan

The sun has been shining brightly in these days of deception since the dawn of time and most certainly since the 1960’s.  So, what makes you think it’s not happening now?

We will be living in the days of deception until the Return of The King!

When that happens the only thing shining will be Him! 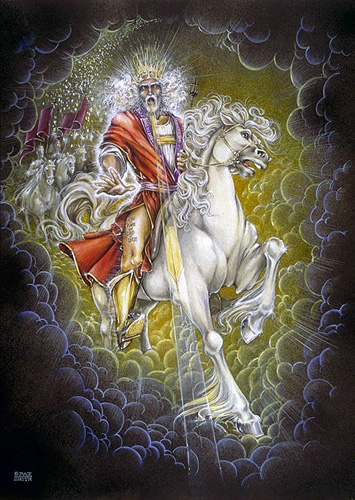 Until He returns we are leaving the LIGHT on!

SRT, the Supernatural Response Team, is a team of Believers who offer help others by offering a Supernatural solution to their supernatural problems. We will offer insights into what is going on in the supernatural/spiritual realm from a unique experiential perspective. Unless otherwise noted, all blogs are written by Richard J Grund, Director & Team Leader for SRT.
View all posts by Supernatural Response Team →
This entry was posted in Christian, End Times, Media, Prophecy, Superantural, Uncategorized and tagged 1984, Benjamin Franklin, conspiracy, deception, flir, mainstream media, Masons, MSM, Orwellian, Ruby Ridge, signs of the times, the Mena connection, the Return of the King, Waco. Bookmark the permalink.